Welcome to The Mundane Revolution!

For the last several months Ray has been working on a new project, The Mundane Revolution. The Mundane Revolution is a documentary-style podcast with original music where Ray will be focusing on reimagining a better world. This project is an outgrowth of Beyond the Box. So, no need to fear – Beyond the Box isn’t going anywhere! We’re just branching out to give you even more listening love! On this Beyond the Box episode, you will hear the first installment of the Mundane Revolution, with some introductory commentary by Steve and Ray. In this first episode of the Mundane Revolution, Ray talks with several others about a subject that we’re all aware of, but that few of us have taken time to ponder – the death penalty. After a 4 year suspension by the US Supreme Court, the death penalty was reinstituted in 1976, and since then, over 1,400 people have been put to death.  Today we talk with Ray Krone, an innocent man who was sentenced to die and later distinguished as the 100th American death row exonoree, Jane Davis, a former death row media witness turned death row counselor, Frank Thompson, a retired warden responsible for overseeing the death penalty for the state of Oregon, Marc Hyden, a conservative working to bring a new awareness of the death penalty to his colleagues, and Bill Pelke, who experienced a radical shift in his understanding of the death penalty after his grandmother was brutally murdered. Come with us as we deconstruct popular understandings of the death penalty, and uncover stories of lives caught up in the web of state-sponsored killing.

The Persistent Peace of John Dear 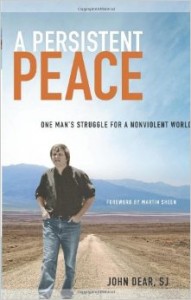 Join Ray for a conversation with John Dear – peace activist, author, theologian, Catholic priest, and all-around amazing man! John has worked in homeless shelters, soup kitchens, and community centers; traveled in warzones around the world, including Iraq, Palestine, Nicaragua, Afghanistan, India, and Colombia; lived in El Salvador, Guatemala and Northern Ireland; been arrested over 75 times in acts of civil disobedience against war; and spent eight months in prison for a Plowshares disarmament action. In the 1990s, he arranged for Mother Teresa to speak to various governors to stop the death penalty. In other words, John is very passionate about peace and nonviolence in the way of Jesus! This conversation is a whirlwind trip through John Dear’s life so far, as we talk about his autobiography, A Persistent Peace. Thank you John Dear for taking the time to share your life and witness for peace with us! Make sure to check out John’s website www.johndear.org, where you will find his books and much more. Also, check out www.campaignnonviolence.org where John and others are imagining a new world with dignity, justice, and peace for all!

The Gathering 2014 – A Roundtable Conversation with Jim Palmer 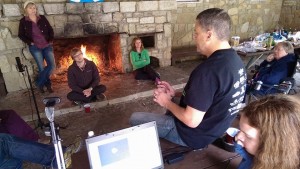 Here it is – the second episode from the BtB Gathering 2014 in Nashville, TN! This episode was recorded at the first ever BtB Gathering, where we were joined by wonderful people from all over the US and Canada. It was three days filled with great conversations and virtual friendships finding connection in the physical world.

In this second episode, the BtBers have a roundtable discussion with Jim Palmer about spirituality and life outside the bounds of institutional religion. Jim begins with a mini-bio about his own journey, and then…let the dialog begin! This episode is guaranteed to stretch you as Jim challenges many of the ideas/doctrines/beliefs that so many of us have held as “off-limits” – and you know there’s not much that’s off-limits on Beyond the Box. Open dialog with love covers a multitude of perspectives! A big “thank you” to Jim for taking the time to come and share his heart with us, and to all of the people at the BtB Gathering for traveling so far, contributing so much to the conversation, and loving so deeply, as you will hear about toward the end of this episode. Here is a link to Jim’s newest book, Inner Anarchy, as well as to his other works. To connect with Jim visit his blog, jimpalmerblog.com. Thank you Jim and the BtB gang! (Also, thanks to Tom VanGaalen for the pic!)

The Gathering 2014 – Disarming Scripture: A Discussion with Derek Flood 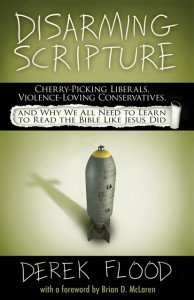 Here it is – the first episode from the BtB Gathering 2014 in Nashville, TN! This episode was recorded at the first ever BtB Gathering, where we were joined by wonderful people from all over the US and Canada. It was three days filled with great conversations and virtual friendships finding connection in the physical world.

In this first episode, the BtBers have a roundtable discussion with Derek Flood about some of the ideas in his new book Disarming Scripture: Cherry-Picking Liberals, Violence-Loving Conservatives, and Why We All Need to Learn to Read the Bible Like Jesus Did. This podcast begins with a 30 minute presentation by Derek, followed by 30 minutes of discussion with Derek and the BtB group, followed by another 30 minutes among the BtBers at the Gathering. In other words, there is a lot of great conversation to be found here! Derek’s new book Disarming Scripture is now available, and if you resonate with the content of this podcast you will love it! Thanks to Derek for joining us for this special time, and to the BtB clan for being a part of such a wonderful event!

Below is the chart that Derek refers to during his presentation:

Kicking Control to the Curb

Why is it so common for some to desire to exert control over others? In this conversation, Steve and Ray talk about control and the many manifestations it makes within the context of Christianity and religion. Prompted by a video (visit the website to view) of a church service that has been making the rounds online recently, Steve and Ray talk about how control is sought through titles, ministry positions, education, expectations, and the influence of groupthink.  Join us as we kick control to the curb and seek to build a walk with God and others based solely on love.

Jim Douglass – A Life of Peace and Resistance 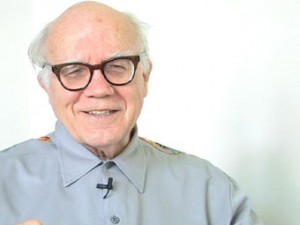 In this episode Ray is joined by Jim Douglass for a riveting recollection of a life lived for peace and justice in the way of Jesus. James W. Douglass is a longtime peace activist, theologian, and writer. He and his wife Shelley are co-founders of the Ground Zero Center for Nonviolent Action in WA state, and Mary’s House, a Catholic Worker house in Birmingham, AL. In this conversation, Mr. Douglass shares the story of his transformation from an aspiring nuclear physicist to a peace activist, theologian, and nuclear resister. A big “thank you” to Jim Douglass for allowing us to take a peek into his life, and for sharing his insight as a disciple of Jesus.  What a witness, and a life well-lived! Be sure to check out Mr. Douglass’ books for even more challenging and inspirational depth.

The Unspeakable with James W. Douglass

May.29, 2014 in Guest Appearances, Podcast Episodes Leave a Comment

What do the assassinations of Gandhi, John F. Kennedy, Malcolm X, Martin Luther King, Jr., and Robert Kennedy have to teach us today? Is there a thread that runs through the lives and deaths of these well-known victims of assassination? These are the questions that Jim Douglass has been asking through his eye-opening series of books on “The Unspeakable”. Join Ray as he speaks of “The Unspeakable” with Jim Douglass and find out how Jesus might just be in the middle of it all – standing for truth and love in the midst of the powers that be. Check out the important books JFK and the Unspeakable: Why He Died and Why It Matters and Gandhi and the Unspeakable: His Final Experiment with Truth. Thank you Mr. Douglass for taking the time to share this important conversation with us!

In the (now almost) 6 years of the Beyond the Box Podcast, and in the years of personal conversation between Ray and Steve prior to the launch of BtB, one thing has stayed very consistent: A pursuit of meaningful and healthy expressions of faith in authentic relationships outside the institution or religion. In the evolution from two guys in a restaurant, to a couple of other friends occasionally joining in, to recorded conversations and a website for interaction with others, to a Facebook community with frequent personal interaction, Ray and Steve have tried to continue to explore what community mean, what role it plays in Beyond the Box, and how to guide it in a healthy direction without falling into the hierarchical trappings that seem to have sidetracked the institution.

Sometimes, evolution like that involves exciting growth and positive experiences. And sometimes, it requires stepping back a bit and re-evaluating the success/failure of particular endeavors. So, when recent events in the BtB Facebook community seemed to lead to some serious questions about exactly how that community functions and whether or not it was headed in a healthy direction, it was time for some hard thinking.

While this episode focuses heavily on that particular aspect of the BtB experience, Ray and Steve discuss many factors about community that may be applicable to a wide variety of situations. And within the context of this discussion, they outline some changes in the approach to community that will hopefully allow people to feel more safe, engage in healthier interactions, and live in love and respect for those around them.

ITY. This seems to be a real buzz word in the Body of Christ, but seldom do we achieve it. What is unity? Does unity mean that we must all agree and affirm the same doctrines? Or, does unity mean that we must all lay aside our distinctive beliefs in an effort to not offend others, thereby having a unity based on just not talking about our differences? It seems like conservatives often choose conformity or uniformity while liberals often just don’t talk about differences. What if there were a third way? What if unity is best experienced when you get to be fully you without me ceasing to be fully me? What if unity means that we get to embrace others without compromising who we are, or forcing others to fit into our mold? Join Steve and Ray as they talk about navigating this “third way” of unity; a unity based neither on conformity nor silence, but on love.

Notes From (Over) the Edge with Jim Palmer 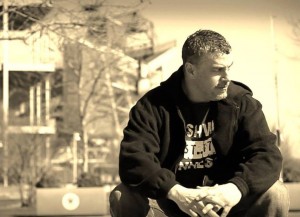 In this episode Ray is joined by Jim Palmer for an exhilarating discussion about spirituality, suffering, and being human. Jim has a knack for making otherwise ethereal, spiritual concepts feel both meaningful and practical. He believes that the spiritual life is something to be embraced by everyone instead of a gift reserved for gurus and experts. Join Ray and Jim for this great discussion about life, spirituality, being human, and much more! Make sure to check out Jim’s newest book Notes From (Over) the Edge: Unmasking the Truth to End Your Suffering, and visit his website http://jimpalmerblog.com/. Thanks for taking the time to share your heart with us, Jim!

Welcome to Beyond the Box. This is a place where any question can be asked, no topic is off-limits, and we just "think out loud" about life outside the bounds of institutional religion.